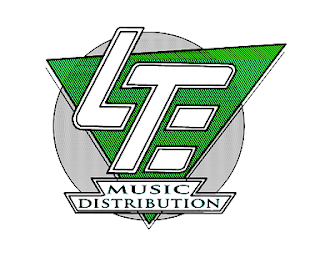 With the lapse of restraints of the trade arrangements, Patrick decided to utilise The Orchard for certain digital services in 1997. To begin with it was only the Mountain and Sea Records labels as they charted new waters with Scott Cohen and his colleagues in their newly founded firm. Physical distribution was with Newmusic Distribution the company started by Patrick in 1996.

By 2006 LTE was running a distribution business offering services to selected Indie labels from France, Benelux, Germany, Portugal, the UK, as well as taking care of the six in-house labels of Songwrights Publishers. It was also exporting finished product to these same countries, which continues. (This export has largely ended with the drastic reduction in demand for physical product.)

LTE Distribution still represents different chosen labels and even single artists for digital distribution - with some territorial limitations. The continuing association with the successor of Newmusic Distribution, NMD Distribution (now owned by Membran Entertainment) and the association with The Orchard (now a wholly owned SONY satellite), means the firm is a full service distributor with over 20 years experience.

LTE was started in Cape Town, South Africa in the mid-1970s, with a distribution alliance with EMI. That endured some 30 years until taken over by Universal Music, through whom the African CD catalogue is still available. LTE still represent certain South African producers world-wide.

All inquiries for LTE -
email - leethorpentertianment@gmail.com
post - Postfach 762334, 22070 Hamburg, Deutschland
twitter - if you insist ....... @DistributionLte
Link to some history - https://newmusicpublishing.blogspot.com/2020/01/newmusic-distribution.html

P.S.  - Producers and Artists be advised, aggregators are not distributors. You still need the skills of a distributor to fully exploit the potential of your music. And if possible a distributor with some experience of both the analogue and digital world.  LTE Distribution, is one such music distributor.