McCully/Mackay, the progrock duo of veteran musicians Tully McCully (Terence McCullagh) and Gordon Mackay, have released their debut album, The Unicorns Are Screaming.

The release has ten finely crafted rock tracks. Most of the songs are Tully's though there are some which are joint compositions and two songs are Gordon's alone.

All of the tracks were produced by Tully. Gordon is a keyboard specialist and does all the keyboards, while Tully does the rest of the playing and singing. Both musicians have long careers as professional musicians and this is evident in the playing on all the songs recorded.

A "commercial" single is to be taken from the album. It is a re-mix of the title track and is slightly re-named as Unicorns Are Screaming. The song will be released on the 8th of January 2021. Here is the artwork -

The single is a shortened version of the epic 7:15 minute album title track and will be listed as a radio edit.  It includes some of the key musical themes of the full track and will become the soundtrack of a video clip for the song. 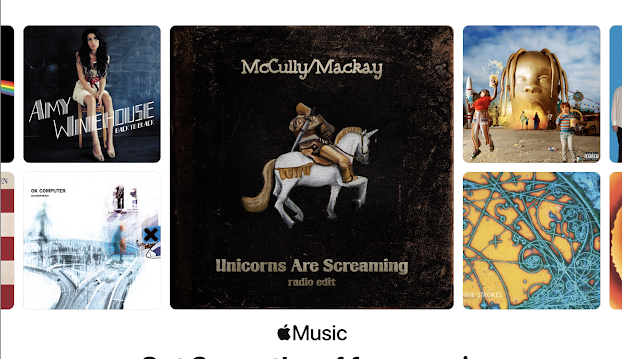