Named after the collectable Japanese toy, Tiny Magnetic Pets from Dublin, are unique on the Irish music scene. Rather than be influenced by singer/songwriters or indie rock, they take their inspiration from Bowie’s Berlin period, 70s krautrock, 80s synthpop and 60s psychedelia - all blended in their studio with a 21st century approach to form something uniquely their own. With the delicate yet powerful vocal delivery of Paula Gilmer, it could be said that Tiny Magnetic Pets operate in uncharted musical water, somewhere between Blondie and Kraftwerk. 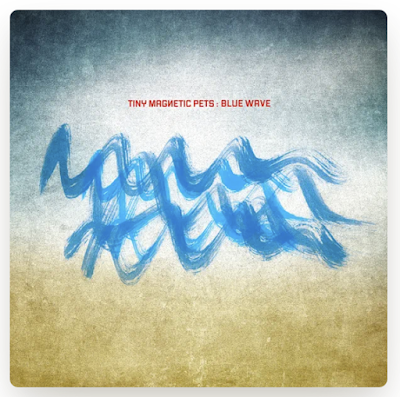 2019 was a very busy year for Tiny Magnetic Pets starting with them opening for The Killers guitarist Dave Keuning on his Irish tour. Next an appearance at the W Festival in Belguim alongside The Human League & Killing Joke was followed by a headline UK tour and a handful of hometown shows before embarking on an arena tour of Germany with OMD and a European tour with Midge Ure playing to full houses every night.

2020 which started with a second tour with Midge, this time in the UK (once again playing to full houses), was looking very busy with the band set to return to stages in the UK and Germany during the summer.
And then we all know what happened next...

So what do you do when all your plans for the whole year are cancelled?

If you’re TMP you just keep doing what you do and fortunately the individual band members have their own studios which meant they could work on new music despite the lockdowns.

“OK - we’re not writing about the pandemic or lockdown...”

But the album could well have been titled “Lockdown Blues” as all the feelings and emotions associated with the global fear and uncertainty surrounding the pandemic seeped into the songs on what became “Blue Wave”. Not surprisingly, this is TMP’s most personal and reflective album with themes of lockdown monotony: (Testcard Freaks (& Modular Geeks)), empty city streets in lockdown: (City Sleeps Tonight), uncertainty and fear: (Rear View Mirror), the impending danger
of workers being replaced by robots (Automation) which has accelerated since the pandemic, being separated from love ones by self-isolation (Blue Wave Pt.s I-III) and the Eno-esque closer Mid-Atlantic Drift where even Neptune himself
gets swept away by blue waves. Paradoxically, given it’s serious subject matter, “Blue Wave” is TMPs’ most uptempo & muscular set to date. The whole second half (side 2 for vinyl) is basically a love letter to Düsseldorf where the life-affirming exuberance of Krautrock kept the band’s collective nose above the surface during these difficult times.

With 2020 gone and we head into an uncertain 2021, “Blue Wave” is the perfect soundtrack for these complicated times