Nomfusi to release a new single.

Born in the Eastern Cape province of South Africa, Nomfusi started out her career as an artist when she moved to Cape Town and had success with her backing band, The Lucky Charms.

She will release a new single on the 25th of June. The track titled - Iqaqa - is composed by her and is a tongue in cheek shot at love relationships with men. The lyrics translated say that a skunk does not smell himself.

The artist has released two albums to date. Here is the press release from Delicious Tunes who are label partners with Mountain Records on this release in Southern Africa . 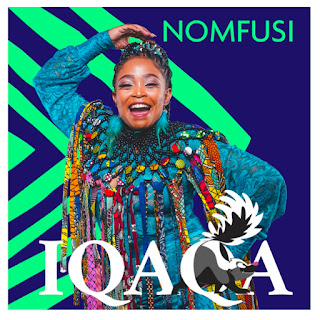 Johannesburg, South Africa - 1th June 2021 — IQAQA, the first single from Nomfusi’s forthcoming album which will be released later in August 2021, is a song about a love relationship. The Xhosa idiom “Iqaqa aliziva kunuka” means “the skunk does not smell itself” which refers to the fact that people often are unable to recognize their own faults. The song highlights this in a playful way. IQAQA is driven by danceable Afro Pop sounds with a strong vocal performance, melodic guitar riffs and groovy drums. Nomfusi ́s songs are mostly inspired by stories from her life. IQAQA was written during an European tour in the mountains of Austria, when she was going through an argument and conflict with her partner. Away from her relationship frustration she created a fictional story line of a woman leaving her relationship because of a man being too much of “Iqaqa". Also Nomfusi loves using Xhosa clicks as much as possible in her writing as part of preserving the Xhosa language.

Together with the single release there will be an official music video for IQAQA, which was shot in Brixton, a historically rich district in the heart of Johannesburg and at the legendary Roving Bantu venue, and a social media campaign with IQAQA dance challenges, as well as IQAQA merchandise range and radio promotion in South Africa and Germany.

The song was recorded in Johannesburg within the album recording process.