Lewis Pragasm, master drummer, percussionist and leader of the popular South East Asian jazz-rock group Asiabeat, has been working for some time on a release to commemorate the 40 years since the group first hit the stage.

He has re-recorded some of the old favourites and he has included a couple of new songs not recorded by him before. The album titled AKAR, meaning "roots", will be available on the 9th September 2021 on all digital platforms. He has also a limited edition CD for hard core fans. 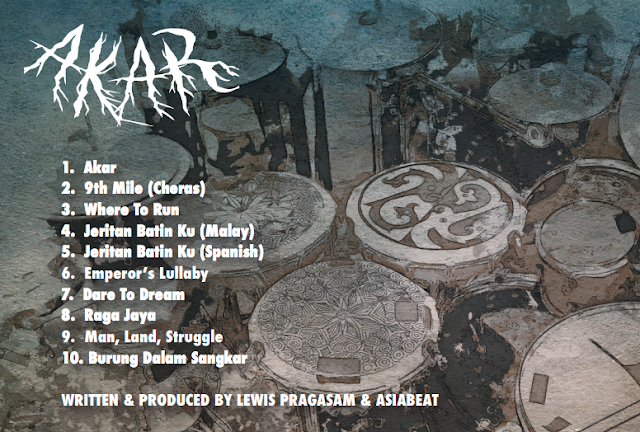 This one is a groove-laced tune featuring saxophone, guitars and light vocals sharing the

melodic duties. The is also a RAP featured in the intro of the song, just for 8 bars..not too

much. It’s got a bit of the ‘Ol Skool’ type vibe, kinda 70s but leans more toward funk. The

title is kind of tongue-in-cheek hint at the current state of the Corvid 19 pandemic, got

nowhere to run so just be positive, deal with it, cherish life and try to have a good time.

A remake of an old song by the multi-faceted legendary Malaysian artist extraordinaire P.

arrangement. This song has never been done this kind of 3/4 or 6/8 light swing-like

manner rendering a cool version version this old song. There are two interpretations of

this tune, one sung in Bahasa Malaysia and the other in Spanish with some slight

variations in the music arrangement.

version is sung by Cuban vocalist Maivys Sahily. The Spanish lyrics are written by Maivys.

This song was initially recorded and released in the Asiabeat debut released in 1982. This

a lot of Indian music influences. The remake gives the tune a whole other different

etc). A really swinging and exciting arrangement of this piece. It’s interesting to hear

Indian scales/lines delivered in this manner and somehow it works.

Originally written as an instrumental piece, vocals were added when Cuban singer

Maiviys Sahily started humming along to this Latin tinged tune. I wanted to try and see

what it would sound like as a vocal tune and asked her put lyrics in Spanish…It worked.

Percussionist Steve Thornton shares the percussive duties with me on this one.

This song was the title track of the second Asiabeat album released in 1984. It’s kinda of

a motivational song encouraging people to believe and pursue their dreams. The original

version featured male vocals and was given a more ethno-fusion type treatment. I wanted

to try a female version to give it a new perspective..in a contemporary vein.The song has

stylising. This rendition by Filipino vocalist Ize takes it to whole new level with her

approach and delivery putting her own spin on the melody.

and Indonesia (especially West Malaysia and Sumatra). It’s an interesting mix of Malay

that can only be found in the Malaysian state of Kelantan. I had the great opportunity to

work and engage with one of the foremost icons of traditional Malay music, Hamzah

Dolmat, in the early stage of my music career. For me this violinist epitomised what

music of the Malays. After all akar means roots in the Malay language..so its apt as the

An epic of a musical piece that takes the listener on an adventure full of twists and turns.

The concept of this song is basically themed around humans and nature..both having to

endear and manage the unending trials and tribulations of life. Kind of a struggle between

good and bad..so to speak. Musically, its a dynamic and explosive piece of work that is

his woes. The original is a dreamy ballad but Indonesian vocalist Tompi sent me a video

tempo. It was actually a mix of two songs. It sounded real cool albeit being real raw so I

thought about doing something with it. The arrangement was worked around Tompi’s

shelved it as I didn’t want to have too many remakes of other peoples songs in the album.

However, upon revisiting the tune, I liked arrangement as it was interesting so decided to

rework it into sometime new. One of the criteria for the song was not have a typical solo

section but one that was composed and arranged. I wanted to get away from the format

of having a solo sections in some songs..quite a few of the tunes in the album are given 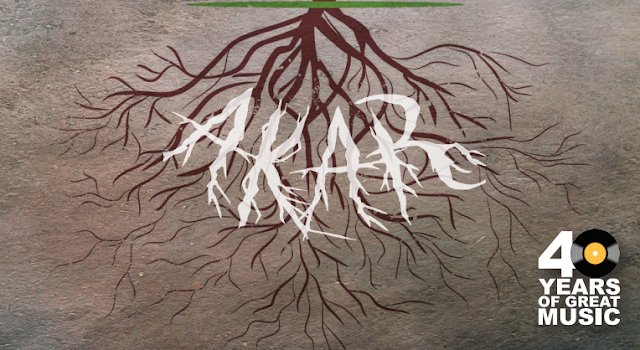 We are very proud to present the new ASIABEAT release on our Mountain Records label.