Falling Mirror to release "Time – The Thief"
In honour of the recent passing of iconic drummer Patrick Humphreys, Falling Mirror producer Tully McCully has released 'Time - The thief', a remix of the band’s classic track 'Time (is a Thief) "."This is the first track we recorded as Falling Mirror" says Tully, "from Zen Boulders released in 1979. For the remix we've given the drums a lift and used modern technology to clean up the mix".

The song is described by Tully as "Nielen [Mirror]'s take on the elasticity of time and the changeability of human nature. I've always thought it was one of his best vocal performances".The lyrics gain new poignancy in the light of the recent and tragic loss of Patrick, which comes nearly a decade after the sudden loss of fellow founding member and renowned guitarist Allan Faull, who provides the track's iconic guitars, a timeless signature of the band's sound. 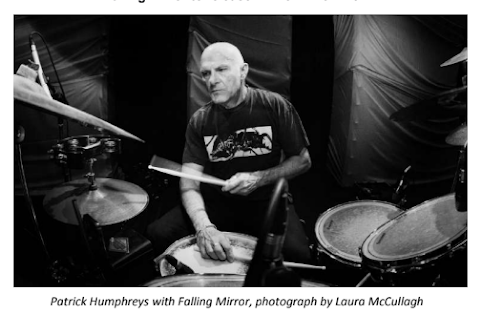 "Time - the Thief" is available on all digital platforms from June 17.Link to music >>> https://orcd.co/kdy5eqy
Text from the producers.
Released on Mountain Records.